As I am not a hiker, I probably shouldn’t try to conquer the mountain before I conquer the city… right? Unfortunately I either didn’t think this one through or I didn’t have the full details. I think it may have been a bit of both.

A group of people with my university decided to go to the four ruins just outside of Cusco city yesterday for the first weekend off of school. I hadn’t really had plans for these ruins one way or the other, so I thought that it sounded fun. I was a bit concerned about slowing the group down, but they didn’t seem concerned. So, I went with them.

We started out by getting two taxis to split between the six of us to drive up to the most distant ruin, Tambomachay. It was a lovely drive filled with wonderful mountainous scenery, beautiful city streets, rustic villages, Queen music and Grease music. Yeah, that was an interesting combination. Luckily, I liked the music.

Tambomachay was the first ruin. When we got there, we had to buy a “boleto turistico” for 70 s/. It would have been 35 s/., but the group wanted to do this this weekend instead of waiting for the student card our university will provide us tomorrow. Personally, I found the ruin to be mildly interesting, but the mountainous scenery was better. I believe that the area was several thousand feet taller than Cusco city. 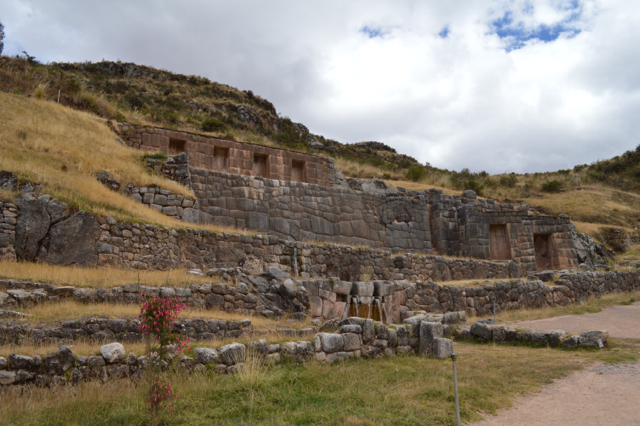 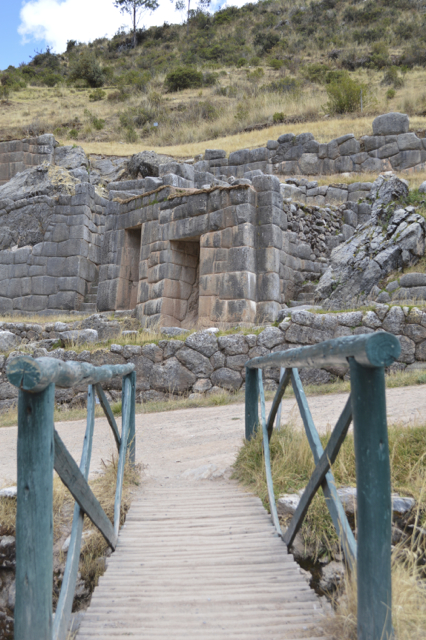 I don’t really remember the names of the middle two ruins because I was too exhausted trying to keep up with the group. I did get some good pictures of one of them.

About half-way to the last ruin, Saqsaywaman, we came across a woman who was selling 40 minute horse rides to two extra temples, as well as to Saqsaywaman. I couldn’t do that (I’ve tried in Girl Scouts and come to the conclusion that horses and me don’t get along), so I told the rest of the group to go ahead and that I’d walk to Saqsaywaman. I managed the walk there, but when I got there I was too tired to do much other than look around and leave. That was disappointing because this seemed to be the biggest and most impressive set of ruins on the trip. It also seemed to have the most history about it. People were around selling their services as guides, which I would have liked to do, but I knew that I was lucky to have made it as far as I had. The rocks were truly impressive, some taller than me by four or more feet. There was no cement to hold the stones together, and you can see that the seams are perfectly cut.

From the small amount of information I have found online, it sounds like a fascinating ruin, and I wish I had gotten the chance to see more of it and to better understand it. 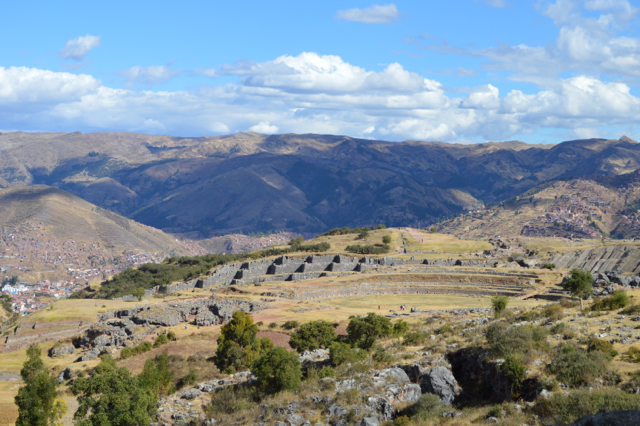 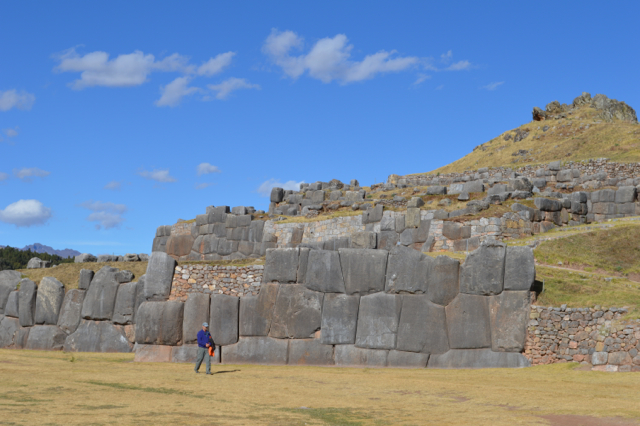 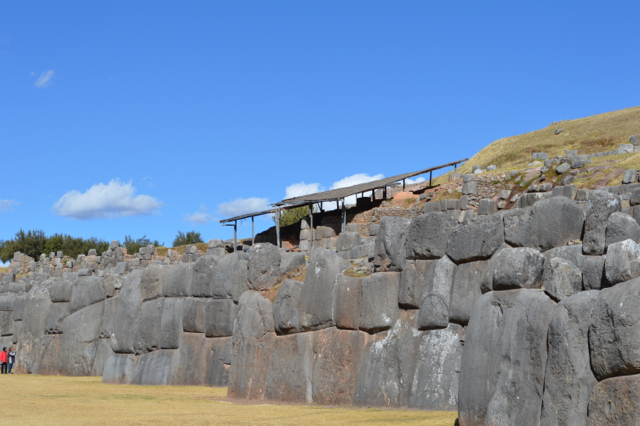 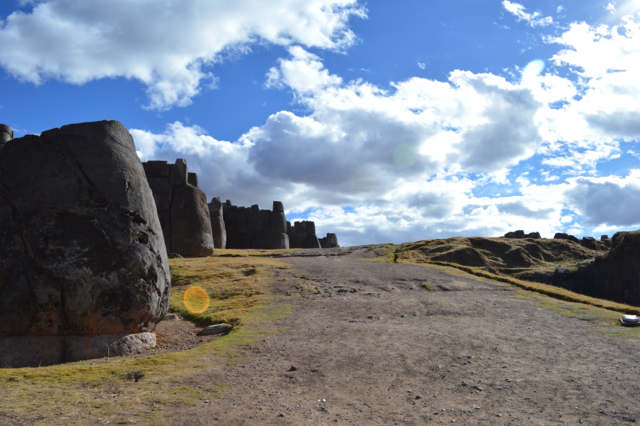